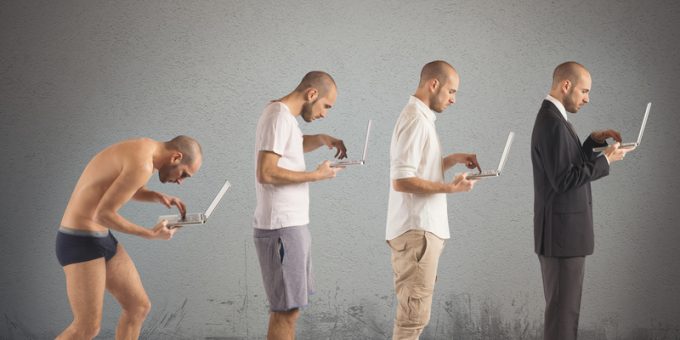 Carl was brand new to his niche. He had no authority, credibility or following. He knew no one. Yet within weeks he had sales, clients and JV partners. How did he do it? By being just a little bit sneaky, yet still 100% ethical and above board.

Carl knew he needed an incentive to get people to join his list. He also knew he needed something to immediately build his credibility online, so people would trust him and buy from him.

What he wanted was something like an online calling card that would educate, entertain and subliminally sell both himself and his forthcoming products and services.

So he decided to do something that might sound a bit strange – he interviewed himself.

That’s right. He wrote down a list of questions from his niche that he knew he could answer really, really well.

Then he recorded his answers to the questions. And while recording, he streamlined the questions, deleted one that didn’t work and added two more that he thought of.

Then he found someone on Fiverr who had a voice that could easily pass for a newscaster or radio personality, and hired him to read the questions he’d written onto an mp3.

And finally he hired someone else on Fiverr to put the recorded questions together with his recorded answers, along with 5 seconds of professional fade-in music at the beginning and 20 seconds at the end.

Now he had his interview. And anyone listening to it would think he was most definitely an authority with a great deal of expertise. Plus he sounded a little bit like a celebrity, which didn’t hurt either.

Carl used this interview to build his list. He also sent the interview to potential JV partners and prospective clients, as well as podcasters. As a result, he received numerous invitations to be interviewed, to do guest posting and to do joint ventures.

And because he sounded like a true authority, his list opened his emails and clicked his links, too.

Please note: Carl never misrepresented himself. He never claimed the interview came from TV or radio. Had someone asked, he would have told them he hired someone to interview him. But interestingly enough, no one but his wife ever asked.

That’s another perk of being viewed as an authority in your niche – prospects already view you as the expert, so you don’t need to prove yourself. Instead, you can focus your time on where it belongs – helping your customers solve their problems.